In the sweltering summer heat it’s especially important to know your limits. My tips for beating the heat and keeping your cool is with the help of some stylish accessories. Just because it feels like I’m physically melting away under the overbearing warmth of the sun doesn’t mean that I have to let my style and dignity go out the window as well. So, be sure to:

-Keep hydrated, if in an indulgent mood perhaps with some bubbly and refreshing Perrier or San Pellegrino.

-Carry an elegant pair of sunglasses that will always come in handy be it by shielding your precious eyes from the bright rays or hiding from demanding paparazzi (as so often happens to us civilians).

-Cotton handkerchiefs may seem slightly old fashioned but prove a great solution for wiping away any uncomfortable sweat that might accumulate on your face and neck while out and about. Upon arriving back home simply throw it in the washing machine and hey presto, good as new. *For any fellow perfectionists out there might I recommend ironing as well to achieve that extra neat and crisp look.

-Always carry a fan with you in case of emergencies, this season I have a new glamorous Céline fan that has been my absolute savior.

Stay safe out there everyone! 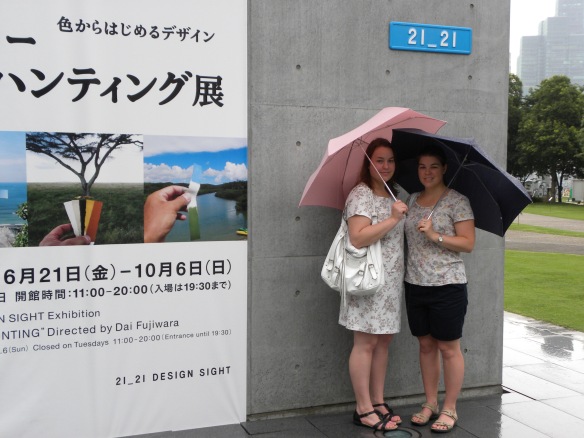 Despite continued rainfall here in Tokyo, my sister and I ventured out into the thick, hot, wet air to visit 21_21 Design Sight where the exhibition Color Hunting directed by Dai Fujiwara is currently taking place.

The exhibition illustrates the infinite sources of color inspiration available to us through the process of “color hunting”. This design method encourages the exploration of various colors found in nature such as the sky, sea, plants and stars, or the urban environment, etc. as a starting point and to experiment with different shades and color combinations. The exhibition invites viewers to expand their horizons.

Color in Action: Blank Thermometers Scaling Memories by artist Shigeru Moroizumi. The interactive artwork consists of liquid which climbs up in reaction to human body heat when a person applies their finger to the bulb, but we do not know how much the liquid climbs because there is no measuring scale. Viewers are asked to choose a color thermometer marking where the liquid is before applying a finger to a bulb and then record where the liquid stops after a short while. They are then asked to determine what the moving colors might represent and what it means when they come to a halt. Feelings and thoughts are encouraged to be recorded next to the thermometer. 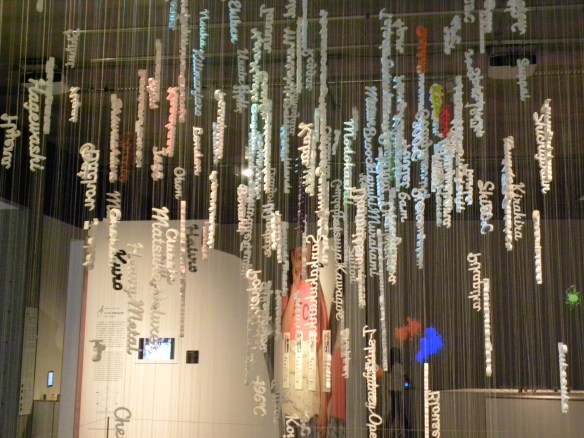 The building itself and the exhibition space of 21_21 Design Sight is absolutely stunning! I’m in love with the raw grey cement walls and floor in combination with the razor sharp cut glass, asymmetrical design and warm mood lighting. I’m ready to move in on a permanent basis!

A doggie raincoat is a must for any stylish pet pooch. 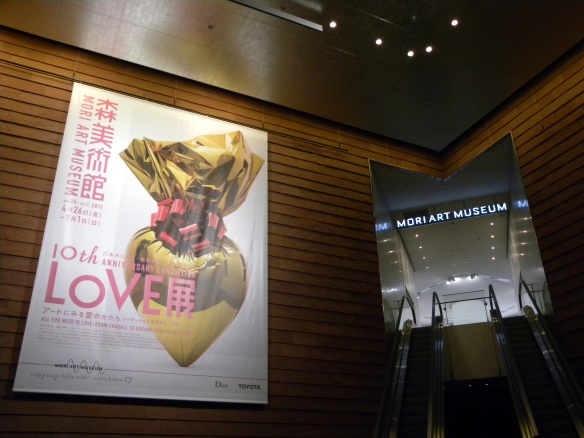 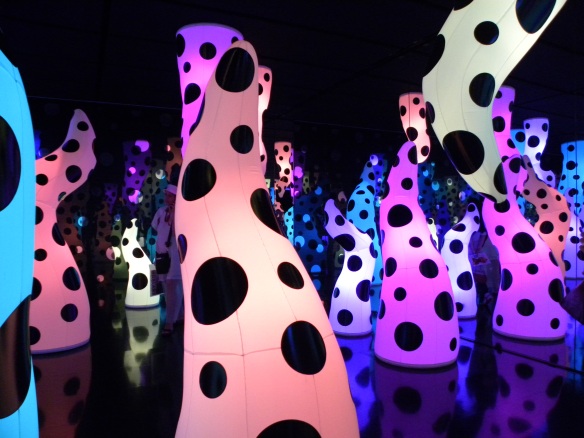 Highlights included this wonderful installation entitled Love is Calling by Yayoi Kusama in her usual ultra cool, psychedelic polka dot world. All that was missing was some music and perhaps a flashing LED light dance floor and I was ready to get my groove on disco style like in the movie Saturday Night Fever (1977) with John Travolta. 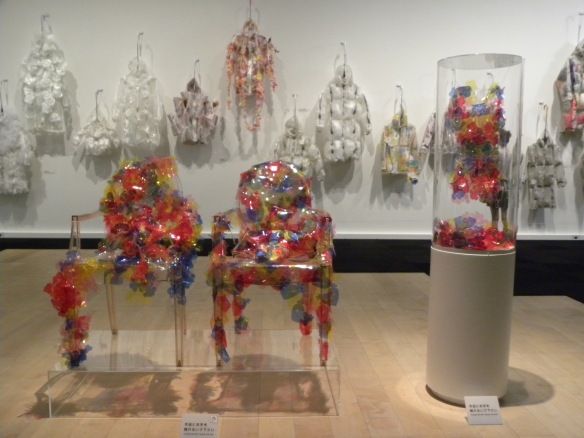 It’s an exhibition well worth a visit but if you’re anything like me the featured Tracey Emin work might just put a slight damper on your visit. I’m usually not a Jeff Koons or Damien Hirst fan either due both to their choice of artwork (think the Jeff Koons series the Pre-New, the New, and the Equilibrium, Made In Heaven series and Hirst’s formaldehyde animals, dot paintings and to be frank his entire career) and the factory set-up of their studios. 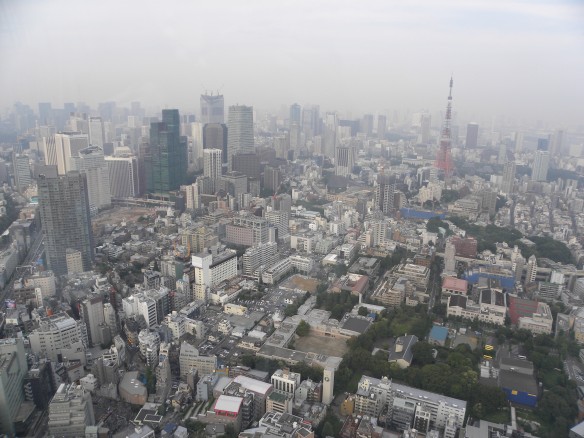 Greetings from a bleak looking Tokyo! But don’t let the lack of bright sunshine fool you as it’s still ridiculously hot here, much to my dismay. I’m trading in London and in exchange will be spending the summer in Tokyo where I’ll be up to my usual adventures.

I visited the 六本木ヒルズ (Roppongi Hills) city view observation deck to reacquaint myself with the city and get a great bird’s eye view of the packed city.

Time to say さよなら (goodbye) to London and head on over to Tokyo. Stay tuned! 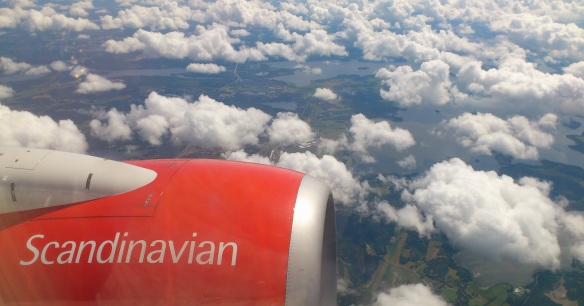 Saatchi gallery, often known for it’s preference towards shock art pleasantly surprised me this time with its exhibition entitled Paper. What a neat idea having an exhibition with the theme being the material in which the art is made of and in this case it’s paper. Having done quite a bit of origami myself in the past, I know the pros and cons of working with such a fragile, lightweight material and was therefore extra curious to see how various artists decided to tackle this challenge.

Japanese artist Yuken Teruya used something as ordinary and readily available as recycled paper shopping bags to construct a series of works such as this “Golden Arch Parkway” from a fast food McDonald’s paper bag.

If you’ve yet to spend any time in the charming/luxurious Sloane Square neighborhood I’d suggest venturing over on a Saturday to take full advantage of their tasty Duke of York Square food market just a couple of minutes walk from the tube station. Highlights include the freshly baked patisserie, desserts, breads, cheese and worldly cuisine on offer.

Homemade fudge that blew my tastebuds! As usual I wanted to try them all and couldn’t settle on just one flavor so ultimately I decided to go for a bar of chocolate marshmallow, maltesers, and a pistachio bar. Naughty but oh so delicious.

Although I find myself physically in Brighton it’s as if I’ve been transported to a foreign, exotic place when looking at and exploring the interiors of the Royal Pavilion. Think Taj Mahal meets Disneyland mixed with lots of chinoiserie and scattered empire style furniture. A bit of a hot mess stylistically which only goes to show the eccentricity and eclectic taste of it’s creator. 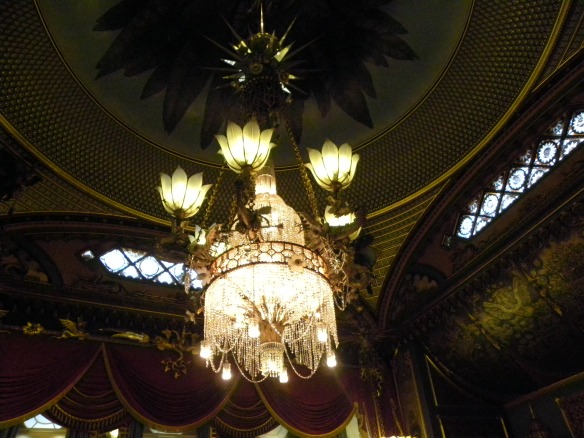 After wandering the long corridors of the Royal Pavilion a hit of sugary, indulgent ice cream seemed only appropriate. Queue Gelato Gusto located in the heart of Brighton’s North Laine serving “artisan gelato” which might just sound like a fancy name for ice cream but given their selection of flavors, they certainly earned the title. Stocking flavors as wild and unique as Turkish delight, red bull sorbet, banoffee pie, maltesers, and blood orange sorbet to name but a few.

Ah I wish I could have bought a big cup with at least 10 different flavors giving me the chance to try the most intriguing ones on offer but alas I settled for a cup with two generous scoops, one of their sea salt caramel and the other maltesers. Yum, worth a trip to Brighton in itself! 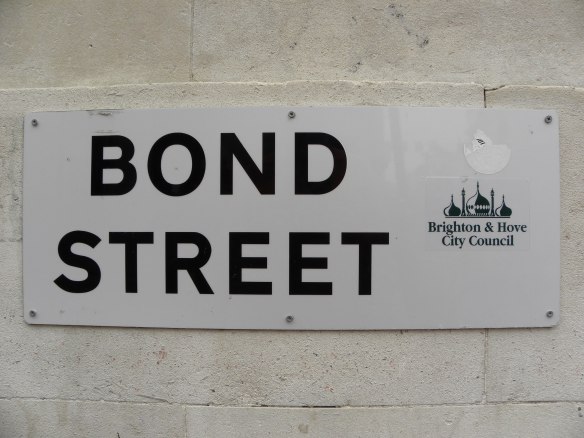 I even found Bond Street in Brighton – not London and the excitement started brewing immediately but ultimately the experience was short lived upon realizing that the luxury boutiques I was expecting were nowhere to be found.